The efficiency of lab constructed floating wetlands (CFWs) has been studied time and time again in wastewater scenarios, but less is known about CFWs ability to pull pollutants from textile effluent. A study published in 2022 sought to remedy this gap in knowledge and explored the potential of constructed floating wetlands in treating textile effluent.1 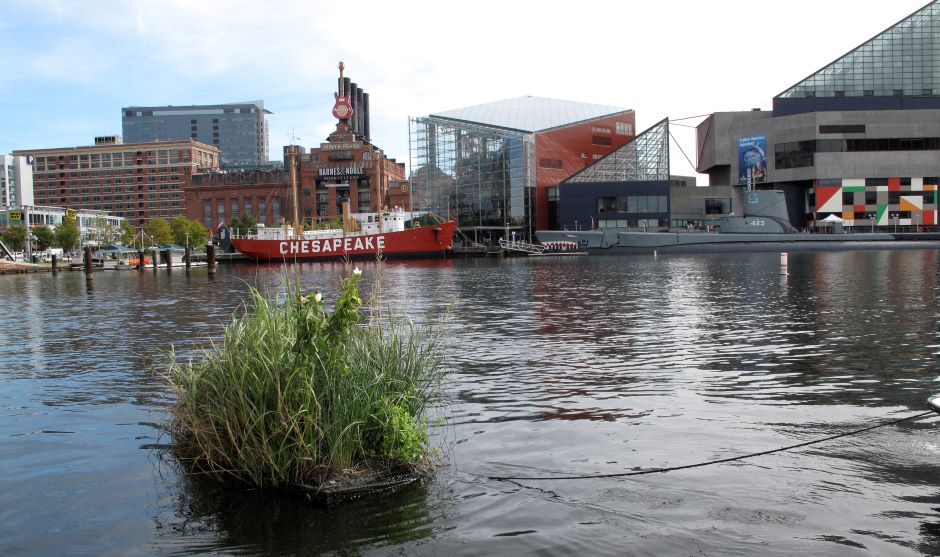 Textile waste is a particularly difficult scenario to treat as the water typically contains high amounts of toxic pollutants, especially dyes. These dyes are difficult to remove and can threaten the environment and aquatic life.2,3,4 Dyes combined with high chemical oxygen demand and solids content in textile effluent can inhibit light penetration and lead to reduced photosynthetic activity and oxygen content in the water.5,6 However, constructed floating wetlands have the potential to turn water quality around in water treatment scenarios—CFWs are floated directly in the water, wherein the plant’s roots can help remove pollutants and therefore improve water quality.

The researchers created frames for the floating wetlands using PVC pipes and were then placed in chambers filled with textile effluent. The plants used were planted in their rooted emerging stage, allowing for close monitoring of growth to demonstrate how the plants can flourish even in harsher conditions as well as filter out pollutants. The roots of the plants grew through a palm fiber media which allowed the roots to grow freely in the water. The two plant species were separated into different chambers, and a control was used for comparison (See Figure 1).

The first part of the study took place in September of 2021 and used 20% textile effluent for 21 days. After the 21 days concluded. The cells were drained and then filled with a 50% concentration textile waste. During the study, researchers collected physical-chemical parameters and sampled the textile effluent to analyze the concentration of pollutants. Physical parameters included temperature, dissolved oxygen (DO), pH, and conductivity. Pollutant data examined ammonia, phosphate, Total Nitrogen (TN), and Total Phosphorus (TP).

Despite the differences between the two species studied, both achieved an 80% average removal efficiency of ammonia in the 20% concentration scenario. The plants’ performance differed more under the 50% concentration scenario, wherein H. psittacorum had a higher removal efficiency. Both plants performed remarkably well compared to the control cell.

Each parameter yielded varying results. For example, phosphate was below detection limits after 24 hours of treatment but also unexpectedly increased in the treatment areas. This could mean that the species used for the CFW are less effective at removing phosphate. The remaining pollutants declined under treatment, with some declining without treatment in the control as well. Overall, the plants were able to remove pollutants from the water rather effectively, making them a potential option for future treatment strategies.

The plants used in the study did not suffer under these conditions, and instead, both showed growth, albeit slower development in the higher concentration scenario. General water quality parameters improved following treatment as well, creating a less toxic environment for fish. Both plants demonstrated strengths and weaknesses throughout the study. “Although V. zizanioides has longer roots indicating better filtering and removal of the pollutants, H. psittacorum showed more robustness at a high concentration of textile effluent.”1 Both plants led to an improved aquatic environment, making both viable options in CFW systems used to treat textile effluent.