Stratification phenology plays a major role in driving lifecycle events in lakes. Subtle changes in stratification onset and break-up can determine the availability of light, nutrients, carbon and oxygen to organisms. This phenology is often caused by a changing climate; hence most variations in stratification are observed between seasons when there are ice-on and ice-off events, precipitation and seasonal heating and cooling events that lead to temperature variances in the water column and throughout the lake environment. 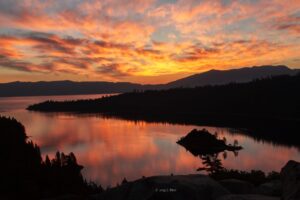 While temperature impacts nearly all biological activities in lakes, the leading cause of these temperature variances are seasonal, or climate change related.1,2 Northern regions, and the lakes that are located there, are particularly impacted by strong seasonality and climatic forcing and, as a result, show greater seasonal variation in temperature. Temperature variations are complex and becoming increasingly so due to thermal stratification. This phenomenon influences the size of the trophogenic zone in which photosynthesis takes place and influences nutrient supply from deep water.

Stratification phenology has been studied many times in the past due to its ecological significance; however, these studies are typically isolated to an individual or small grouping of lakes. Lake systems are increasingly vulnerable to various climate stressors, making understanding the impacts these stressors have on stratification critical. A 2021 study published in Nature Communications focused on bridging the gaps surrounding stratification phenology and collecting and compiling data from lakes located in the Northern Hemisphere. 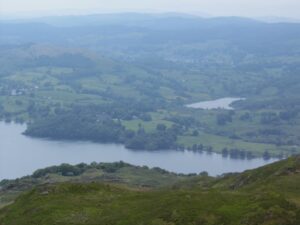 The study “combined an analysis of long-term observational data from some of the best monitored lakes in the world, with daily simulations.” The team used the well-established data to create various climate models, which allowed them to run multiple 20th and 21st-century climate projections under different scenarios. These scenarios operate under different anthropogenic greenhouse gas emission circumstances, referred to as Representative Concentration Pathways (RCP).

Results were in line with current trends. “For example, Lake Tahoe (California, Nevada) has experienced a considerable change in stratification phenology since the 1960s.”1 Compared to the 1960s, lake stratification onset occurs 2.1 days earlier, and break-up occurs 4.4 days later per decade.