In the wake of some of the world’s largest recorded algal blooms in history occurring over the past few decades, researchers are left asking how we got here. Nutrient loading and climate change are part of the answer, but another contributor is invading microbial species. Phytoplankton can easily move between systems, eventually taking over the disturbed environment, leading to a host of issues. Understanding how species can invade and thrive in systems that are not conventionally suited for them is essential for resource managers and limnologists examining phenomena like algal blooms throughout the world.

A recent ASLO study focused on understanding how invaders evolve when entering new environments, particularly what phenotypes they display after being introduced. Researchers were interested to see “to what degree the presence of a locally adapted species has the potential to alter the evolutionary response of the invading species, and whether there are traits or sets of traits that explain how invader fitness changes across environments.”1 Additionally, the team sought to identify whether the evolutionary response observed is conserved across environments (regardless of quality) and which of the identified traits are associated with success under climate change scenarios. 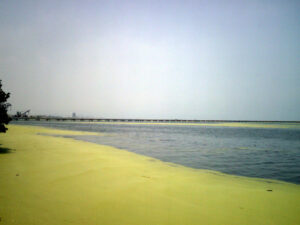 Two phytoplankton were chosen as the focal points for this research: “the marine picoplankton Ostreococcus and the freshwater alga Chlamydomonas.”1 The researchers ran several experiments separately, sampling multiple variables with the intention of answering the aforementioned questions. In order to do so, the researchers had both Ostreococcus and Chlamydomonas play the role of the resident, invader, and colonizer species in the experiment.

The results of the study found that invaders had systematically lower extinction rates in comparison to the other biotic scenarios. “Changes in salinity, particularly in combination with elevated temperatures, have potential to impact the phenotypic characteristics of phytoplankton species, the communities they populate, and the role of phytoplankton species on aquatic food webs and global nutrient cycles.”1,2,3,4 Overall, invaders had higher growth rates, which relates to cell fitness, and better tolerance for salinity and temperature variances when compared to colonizers. The differences noticed in evolutionary responses from invader to colonizer were consistent and replicable across environments of differing quality.1 These results indicate that the presence of a resident species aids the invading species’ evolution.