As climate change increases the frequency and severity of extreme climatic events (ECEs), limnologists are left to wonder how the world’s lakes will fair in an ever-changing environment.

Researchers from universities across the world wanted to learn more about how water ecology impacts lake resistance and resilience in the face of ECEs. While some research has been conducted in the past, they were done using controlled experiments or models, not real-world data. The study, published in the Environmental Research Letters, used the Sou Reservoir in Spain to make their observations and deductions.

It is no surprise that ECEs impact ecosystems through the destruction of habitat and resources, and harm to flora and fauna. While damage to the ecosystem is common in the case of ECEs, the harm is exacerbated by weakened aquatic ecology. Researchers posit that damage is more impactful in already compromised systems. A variety of factors can sideline systems, but most commonly, nutrient pollution is the leading factor. Recognizing the importance of ecological health as a preventative solution to the long-term impacts of ECEs, the researchers hypothesized that “the ecosystem’s trophic state modulates its resistance to ECEs. Thus, by safeguarding reservoirs from nutrient pollution, water resources managers can ameliorate impacts of ECEs on ecosystem health.” 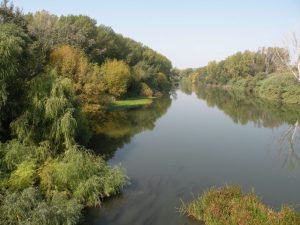 Broadly, ECEs are events such as heatwaves, droughts and periods of heavy rain. The main concern over ECEs is how these events impact aquatic ecosystem services. Researchers argued that the resistance and resilience of lake systems were more dependent upon the ecosystem’s health rather than the ECE.

ECEs’ magnitude of impact on aquatic ecology varies with flow rate, morphology, geographical location and seasons, making many generalizations about ECEs impractical. For example, in mesotrophic lakes, droughts have been claimed to increase eutrophication and algal blooms. In contrast, lakes in the Mediterranean region see the inverse effect during times of drought. Since generalizations aren’t always reliable and a great deal of existing research is based on models or controlled experiments, this study used 55 years’ worth of long-term monitoring data from Sau Reservoir to examine the impacts of ECEs.

The Sau Reservoir is located on the Ter River in North East Spain. The reservoir is surrounded by forestry, arable farming, urbanization, and other land use types. The reservoir was built in 1963 for hydropower and water supply to 4 million people in the Barcelona Metropolitan area and continues to be a valuable water resource for surrounding communities.2 The reservoir has a history of pollution spikes due to its proximity to densely populated areas—however, in the early 90s, 16 wastewater treatment plants (WWTP) were built to reduce nutrient loads and treat wastewater for 520,563 inhabitants upstream1. As a result of these plants’ construction, the reservoir indeed saw an improvement in water quality. While increased nutrient loads, pigment concentrations and anoxia extent were typical before the 1990s, the same variables declined following the construction of the WWTP. 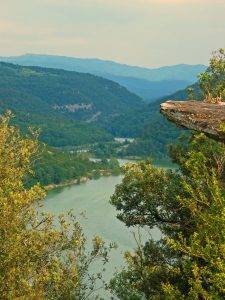 Photo taken from the meander of the Ter river where the Monastery of Sant Pere de Caserres is. The river reaches the Sau Reservoir not long after (Credit: Mario Martí via Flickr, CC BY 2.0)

Researchers pulled from various data pools to comprehensively examine the ecological history of the Sau Reservoir. They examined interpolated rainfall, air temperature, water level, hydrological time series of inflows, temperature, dissolved oxygen, nitrate, ammonium and total phosphorus. All of the data was collected consistently and continuously over 55 years by numerous institutions. The impacts of ECEs on water quality were assessed using median values of water quality in both extreme and non-extreme periods3.

Interestingly, the rate of droughts increased after the construction of WWTPs, which coincides with water quality improvements due to lower pollution rates. The event increase could be tied to various environmental factors, but more importantly, water quality still improved, despite these mitigating conditions. The researchers summarize, “Overall, the building and upgrading of WWTPs drastically reduced concentrations of nitrogen compounds in the reservoir, enhanced dissolved oxygen in the hypolimnetic water layers but did not seem to affect total phosphorus.”

In the end, none of the extreme drought events correlated with any water quality variable, indicating that these events may be less impactful on healthy systems than previously assumed—just as the researchers hypothesized. Since the hypothesis was upheld and the Sau Reservoir serves as a testament to the benefits of decreased nutrient pollution, water resource managers have better control and guidance on how to minimize the impacts of ECEs.