For decades now, land managers have used prescribed fires and forest thinning to clear weak structures and create conditions more resilient to wildfires. While these practices are common and their benefits are backed by literature, this landscape management strategy may seem to be at odds with water quality management as these burns could lead to increased nutrient loading in nearby lakes and streams. However, the practice has continued to be used as a result of studies proving that the damage wildfires deal to streams is far more severe than any potential nutrient pollution caused by prescribed fires or mechanical thinning scenarios. 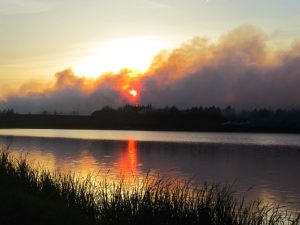 The U.S. Forest Service published a study in 2022 focusing specifically on estimating nutrient loads in watersheds following land management activities and wildfires. The research team performed their analysis on the west side of the Lake Tahoe basin. The lake was chosen due to its renowned water clarity, and the focus land managers in the region already have on reducing nutrient loading and reducing the threats of wildfires. The researchers sought to prove that the two goals are not mutually exclusive, theorizing that while some sediment is disturbed during treatments, the nutrient loads are nowhere near the levels seen following a wildfire.

The researchers had two primary goals for this study:

1. “Link a model of landscape change and disturbance to the Water Erosion Prediction Project (WEPP) watershed model to evaluate the effects of forest management on the delivery of sediment and phosphorus from disturbed forest hillslopes, and
2. Compare estimated sediment and phosphorus following forest management activities and following wildfires.”1,2 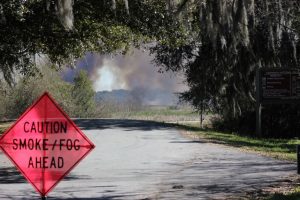 The LANDIS-II model was used to evaluate how the landscape would respond to various landscape management scenarios over a full century. The model was originally used to calculate optimal timber harvest but has evolved over time. Presently, the LANDIS-II model can be used “to consider forest health, fuel management, and wildfire risk over large landscapes and long periods.” 1 The team used the LANDIS-II model to track carbon and nitrogen through aboveground and belowground pools. The model also tracks forest growth and species dynamics, which are both influenced by water dynamics.

Researchers chose to use the WEPP model to track water dynamics as “the model can provide daily output of three major components of the streamflow hydrograph (surface runoff, lateral flow, baseflow), and sediment, fine sediment, and phosphorus yields.” 1 The WEPP model was used to evaluate the impacts land management scenarios had on surface runoff and soil erosion from small agricultural, rangeland, and forested hillslopes. The WEPP model has evolved over the last decade to be more compatible with forested watersheds, much like those found surrounding Lake Tahoe.

The team examined five different management scenarios to examine landscape and water system dynamics following the various scenarios. The scenarios examined during the study were:

The team overlaid results from the WEPP analysis under different types of disturbed conditions with the LANDIS-II estimates of future treatment and wildfires for both sediment yield and burn severity. Combining the two models allowed the researchers the chance to view projections from burn severity and sediment yields in the five planned and management scenarios.

Overlaying the two models revealed sensitive areas within the landscape that are prone to soil erosion and identified land-use classes or specific soils and slopes that should be avoided when planning land management strategies. Of course, these land results also transfer over to water quality management as well since higher rates of soil erosion lead to increased nutrient loading throughout the watershed.

Overall, all of the land management scenarios yielded similar results—increased nutrient loading and sediment yield. However, the increases were so small that they would be difficult to detect through monitoring. While the results were similar, the fire-focused scenarios did see higher sediment yields than those observed in the thinning management scenario. Regardless of the strategy used, the minuscule changes caused by prescribed fires or thinning scenarios are nowhere near the devastation that wildfires can cause on unprepared and untreated ecosystems. As wildfire frequency and severity rises due to climate change, resource management teams must consider the whole system when creating strategies to protect water quality. 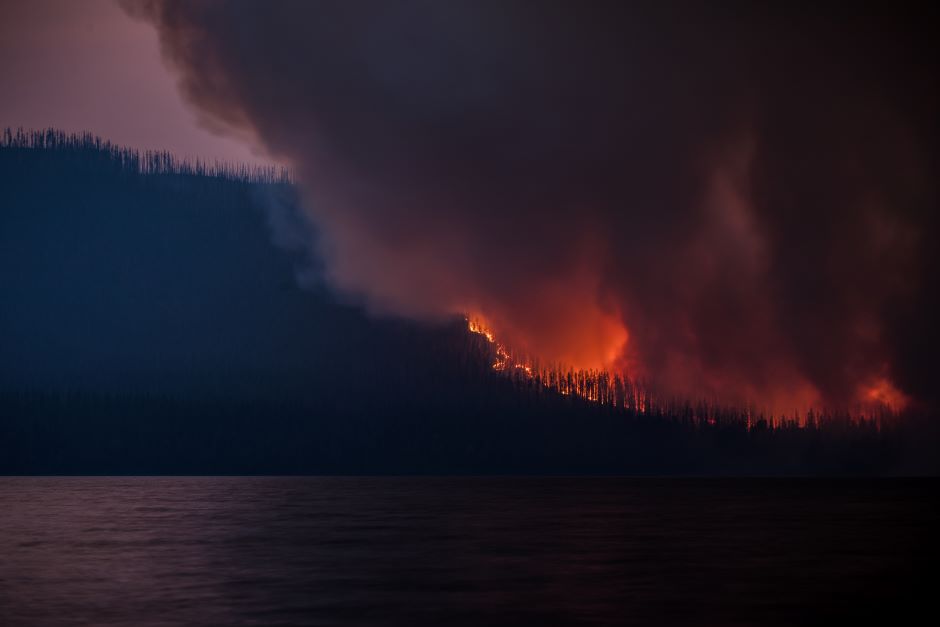 The Howe Ridge Fire seen from across Lake McDonald on the night of August 12th, roughly 24 hours after the fire was started by a lightning strike in an area previously burned in the 2003 Roberts Fire (Credit: Glacier National Park Service, Public Domain)